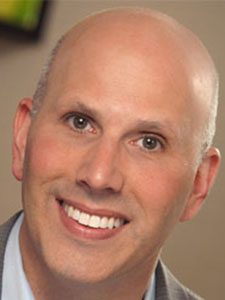 The first-ever OHDSI block of the CS6440 course at Georgia Tech, held over a six-week span this past fall, was both educational and inspiring, and it reinforced the strengths that have carried OHDSI from concept to major player in the real-world analytics ecosystem.

The professor felt it from the students, but he felt it himself as well.

Jon Duke, MD, MS, an OHDSI veteran who collaborated on the LEGEND hypertension study published recently in Lancet, is Director of Health Informatics at Georgia Tech, home of the largest computer science graduate program in the nation. When he took over the Intro to Health Informatics course in 2018, he decided to introduce population-level analytics to a rising generation of data scientists.

INTRODUCING ‘THE BEST GAME IN TOWN’

“OHDSI, to me, is the best game in town for doing analytics on health data, and we wanted our students to come out with skills that could be used in a real-world way,” Duke said. “I felt that OHDSI had gotten to a place where the tools would enable a series of labs that could be done at scale. We could define what the students were going to be looking at, and attach some interesting questions in a reproducible way across the whole class.”

Nearly 400 students took this masters-level course, which covers a range of topics in health informatics.  The OHDSI block was never intended to transform a room of computer scientists into skilled epidemiologists. Instead, he wanted his students to understand the kinds of questions people ask using observational data, get experience with using the OHDSI framework, and feel excited by the possibilities of using health data.

“I made this point right at the beginning,” Duke said. “OHDSI does not equal health analytics of all stripes, but it provides all the core concepts that one needs in doing health analytics. Even if somebody doesn’t use OHDSI down the road, they are familiar with the idea of looking at terminologies, standards, defining cohorts, comparing those cohorts and so forth.”

Duke structured the course to introduce the concept, tools and framework of OHDSI first, and he made sure his students tasted early lab successes before attempting to design a computable question and run the analysis. The latter brought two concepts to his students that are well-known to the OHDSI community — passion and collaboration.

“One of the things that was palpable in terms of the discussions, as well as the emails I got, is that people loved the opportunity to look at their questions,” Duke said. “These are young people, healthy and running around, but all people have questions that are of great relevance and importance to their lives. It made a huge difference. When we ran into challenges, the buffer was that we were working on something important to them.”

The students, who began to understand the breadth of the community when the Book of OHDSI was introduced mid-course, were inspired when various network members collaborated on their research.

“Students came up with a particular question that was of personal interest to them, but it wasn’t really feasible with the dataset that we had,” Duke said. “I asked other members of the community if they’d be willing to run this on their dataset, and people didn’t hesitate to help. It was unbelievable for a student with a personal, maybe a family, medical issue, that they could have people around the world who were taking the time to answer this question.

“I can’t think of another example of that type of community.”

Duke, who discussed this course during the Oct. 29 OHDSI community call (his Halloween-themed slides are available here), was thrilled to see the inspiration that his students felt during the OHDSI block. He also recognized areas of improvement that can help both future courses — Duke has confirmed he will teach the OHDSI block again next semester and is looking for potential guest lecturers — and the OHDSI network in general.

He broke down several of those areas in his slides according to aspects he could teach differently, potential software enhancements and OHDSI infrastructure challenges. Some could be quick fixes, while others are more involved, but Duke was confident that the community (and the teacher) could deal with them successfully.

“I tried to share with the community some of the barriers that we need to overcome, some of the pieces that we need to make more straightforward for people coming from all types of backgrounds and interests in order to take advantage of what’s been created,” Duke said. “But I can very confidently say that’s a ‘how’ question, not an ‘if’ question. The need, demand and interest are all there.”

Duke stressed to his students to add their own input, whether through forum posts or issue reports on Github, to empower them as true OHDSI collaborators. He also found that empowering them early on the tools and framework could be an OHDSI educational design that could be implemented on a larger scale someday.

“The approach of getting your hands dirty without having to go through a number of six-hour tutorials is something we can achieve,” he said. “The satisfaction of quickly getting up, running with an analysis and seeing it work is something we might be able to incorporate more into OHDSI.

“Perhaps after another semester or two, there will be some materials that can be shared out, or even a design pattern, where what we teach first is just about diving in and experiencing OHDSI,” Duke added. “Feel that excitement, and then we can pan back the camera and focus on taking it piece by piece.”

Below: Jon Duke spoke about the course, which was ongoing at the time, at the OHDSI U.S. Symposium.