↓ Skip to Main Content
Home › Who We Are › Collaborators › James Gilbert 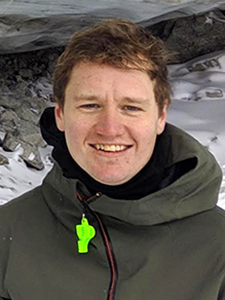 James Gilbert (aka jpg) is a Manager in Epidemiology Analytics within the Epidemiology department at Janssen Research & Development. James is an experienced Software Engineer and Bioinformatician having achieved his undergraduate degree in Computer Science at Loughborough University in 2011 before achieving his PhD in Systems Biology at The University of Nottingham in 2015, researching complex biological networks. James then worked for the Nottingham Synthetic Biology Research Center, where he helped build software tools and computational models to aid the engineering of bacteria to produce fine chemicals and biofuels from waste products.

James joined OHDSI in 2020 and now actively develops applications for the HADES suite of software tools and develops large scale systems for population level effect estimation with a specific focus on developing methods for drug repurposing.

Born and raised in the UK, James now makes home in Whistler, British Columbia where he loves to ski, run, hike and mountain bike.