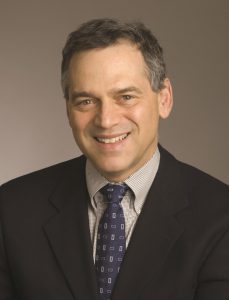 Harlan Krumholz is a cardiologist and health care researcher at Yale University and Yale-New Haven Hospital. He received a B.S. from Yale, an M.D. from Harvard Medical School, and a masters in health policy and management from the Harvard University School of Public Health. He is the Harold H. Hines, Jr. Professor of Medicine and director of the Yale Center for Outcomes Research and Evaluation (CORE), one of the nation’s first and most productive research units dedicated to producing innovations to improve patient outcomes and promote better population health. He directed the Robert Wood Johnson Foundation Clinical Scholars Program at Yale, which prepares physicians to become future leaders in health care, from 1996–2017.

Dr. Krumholz has been honored by membership in the National Academy of Medicine, the Association of American Physicians, and the American Society for Clinical Investigation. He was named a Distinguished Scientist of the American Heart Association and founded the organization’s Quality of Care and Outcomes Research Council annual conference. He was a founding Governor of the Patient-Centered Outcomes Research Institute, is the founder of HugoHealth, a patient-centric platform to engage people as partners in research and facilitate the secure movement of digital health data, and a founder of medRxiv, a preprint server for the medical and health sciences. He received the Friendship Award from the People’s Republic of China in recognition of his collaborative efforts to develop a national cardiovascular research network.

Dr. Krumholz was the founding editor of Circulation: Cardiovascular Quality and Outcomes and was editor of CardioExchange, a social media site of the publisher of the New England Journal of Medicine. He has published more than 1000 articles, has a regular blog on Forbes.com, and has contributed to the New York Times Wellness blog, the New York Times op-ed page, and National Public Radio Shots blog.