The 2019 OHDSI Korea Symposium took place Dec. 12-14 at the Konjiam Resort in Gwangju and attracted 330 people to the main symposium on Dec. 13. It was another great gathering of OHDSI collaborators — both veterans and those just starting on the journey — to learn from each other, present their own research, and network together. This page includes a photo gallery from the event, as well as videos from the main symposium; tutorials are being added over the next couple of weeks.

The links below also add more details from the event. 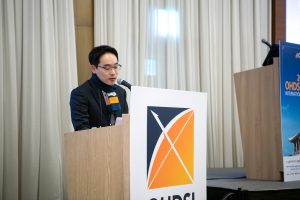 Seng Chan You welcomed everybody to the 2019 OHDSI Korea Symposium. 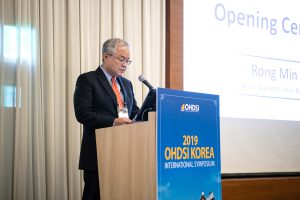 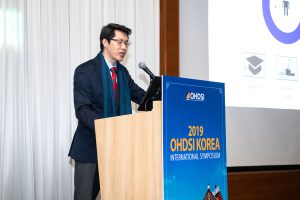 Rae Woong Park discusses the growth of OHDSI in Korea. 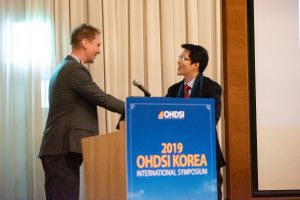 After announcing that the Book of OHDSI had been translated to Korean, Rae Woong Park welcomed book lead Martijn Schuemie up to receive one of the first translated copies. 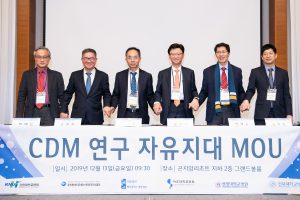 A historic moment took place when six directors of Korean hospitals signed an agreement to form a research collaboration. 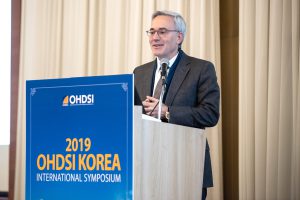 George Hripcsak discusses all aspects of OHDSI, including highlights of recent research. 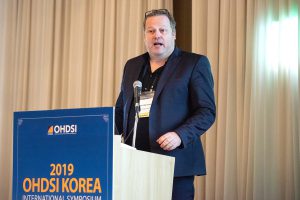 Peter Rijnbeek provides an introduction and overview of the EHDEN Project. 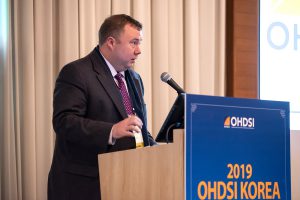 Patrick Ryan leads the session on OHDSI Community in Action. 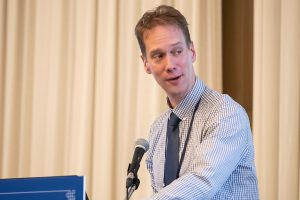 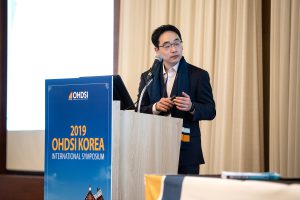 Seng Chan You discusses OHDSI Korea in Action as a community. 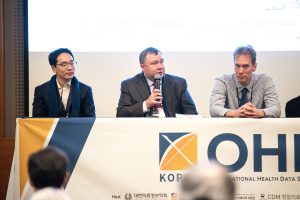 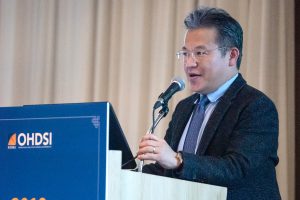 Sang Ho Lee leads the session on National Perspectives on Bio-health IT in Korea. 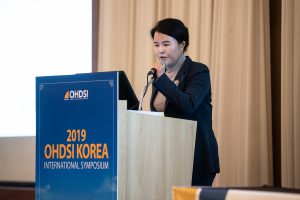 Yunjeong Heo continues the session on Bio-health IT in Korea. 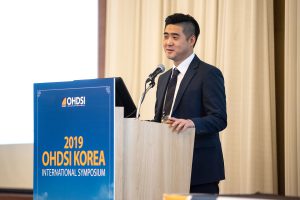 Hyunki Woo leads the discussion on the FeederNet Platform. 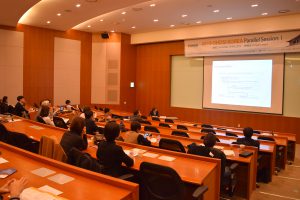 In the mid-afternoon, there were three parallel sessions. The Clinical Application in OHDSI drew a full room. 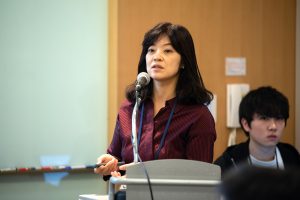 Choi In Youn leads the Clinical Application in OHDSI. 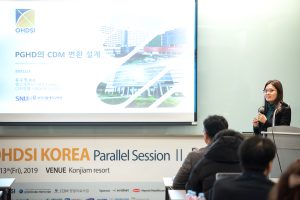 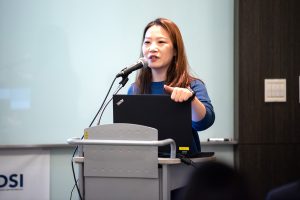 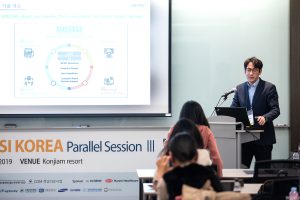 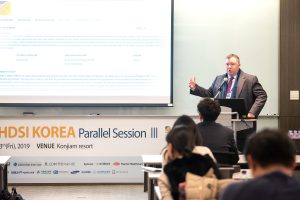 Patrick Ryan continues the discussion on clinical trials in OHDSI. 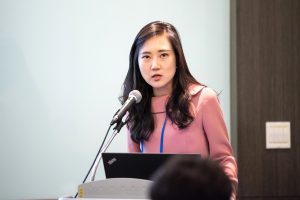 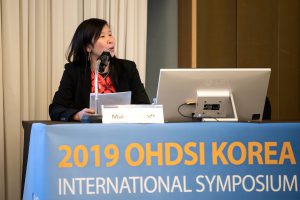 One of the driving forces of OHDSI’s growth in Asia, Mui Van Zandt moderated the panel on “Sharing the International Experience from Asian-Pacific Region” at the 2019 OHDSI Korea Symposium. 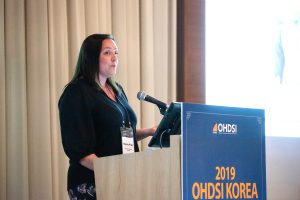 Nicole Pratt, a collaborator in the OHDSI LEGEND study, discusses OHDSI in Australia. 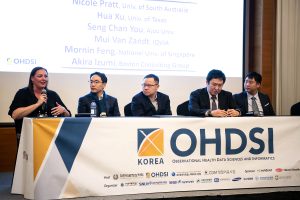 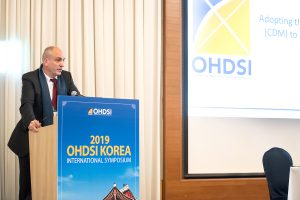 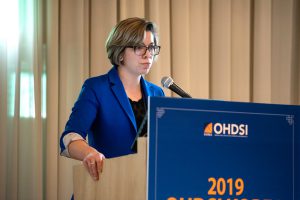 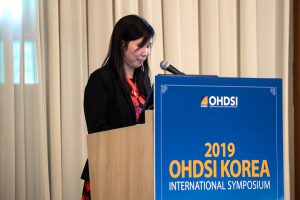 INTRODUCTION & WELCOME:
The 2019 OHDSI Korea Symposium opened with a brief introduction from Rong Min Baek. Rae Woong Park welcomed the 330 attendees to the Symposium and provided some background on the developments of OHDSI in South Korea. He then introduced two highlights of the event, including the unveiling of the Korean translation of the Book of OHDSI, and took part in an agreement between six leading Korean hospitals to come together and form a research collaboration.

SESSION 1: OHDSI Introduction & EHDEN Project
George Hripcsak opens the first session with an introduction of OHDSI, including background and updates on recent highlights, while Peter Rijnbeek follows with a discussion on the EHDEN Project, which looks to standardize data to the OMOP Common Data Model and generate real-world evidence in Europe.

Session 2: OHDSI Network in Action
Patrick Ryan, Martijn Schuemie and Seng Chan You discuss OHDSI in varying contexts, including the community aspect of research (Ryan), best practices for observational research (Schuemie), and OHDSI Korea in action as a community (You). The trio takes questions in a panel setting at the end of the session.

Session 3: National Perspectives on Bio-Health IT in Korea
Sang Ho Lee and Yunjeong Heo discuss national perspectives on bio-health information technology (this presentation is in Korean).