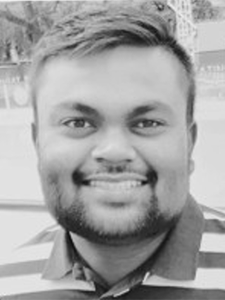 Dinuja S’Wickrama has a passion for quality and secure programming. He is an apprentice for any organisation or community who works to learn faster and more efficiently. Also, he is mainly interested in artificial intelligence and cyber security.

Currently, he is working as an Information Technology and Security Officer at the University of South Australia. Mainly, he is responsible for maintaining a small data centre. Under this role, he supports development servers and production servers that lift the research data. Apart from that, he maintains information and physical security in a secured area.

Before, he was a research assistant at the University of South Australia. Under Professor Nicole Pratt’s supervision, He was a team member that successfully transferred some of the de-identified data into the OMOP CDM that transformed in-house. He was also a member of a team that was developing a STEM footy (Australian Football) web application as a hobby to increase teens’ interest in STEM (Science, Technology, Engineering, and Mathematics) using various footy(Australian Football) activities.

Fun fact: He is a professional rugby player, hence he has plenty of scratches over the whole body, like a muscular fatty version of the devil.